The Throwback Sounds Vibe touches every aspect of musical genre out there!  RnB/Soul singer Lawrence Preston echo’s the classic melodies of Sam Cooke, Marvin Gaye and Stanley Clark just to name a few. Infusing the best elements of jazz, funk, pop, hip hop into a unique balance diverse musical experience while maintaining a strong soul element. Lawrence’s vocal harmonies, funky bass lines and fairly simplistic beats maintains the soulful sound throughout his songs. Gearing up for a UK tour mid- June 2018 he will without a doubt capture the attention of intimate club patrons with his elements of hard, lingering bass lines; with a touch of emotion-stirring guitar riffs with authenticity that is necessary in soul music, it’s a jazzier, funk sophisticated taste.

Some  background info on Lawrence~  A San Francisco native, Lawrence was born into a musical family, his parents having formed a gospel group, The Sensational Travelers, who rehearsed in the local church at which his grandfather was pastor. At the age of only five, Lawrence was part of another family gospel group, Fantastic Four, also featuring his father, a talented guitarist. Becoming known locally as “The Gospel Jackson Five”, he had now truly become committed to music, learning to play trombone, guitar and, his ultimate weapon of choice, bass guitar. Aged 19, his musical skill was spotted by Sly & the Family Stone founder, Freddie Stone who in turn recommended him to “Oh, Happy Day” singer, Dorothy Morrison, leading to a significant period in the 1980s as the bass player in her gospel band. Taking his time to truly learn his craft, Lawrence emerged in the 1990s as an artist with a wealth of experience, recording his first full-length album in 1997. “Something for You” is Lawrence Preston at the peak of his powers, an artist for fans of classic soul and for those wanting to hear real musicianship and passion.  More info can be found on his website http://www.lawrenceprestononline.com/

Listen to his music on Spotify, Apple Music and all other digital platforms http://spoti.fi/1LBfdPt

Booking information can be directed to Karivn Jonhson of KES Music Group www.kesmusicgroup.com kesmusic@aol.com  Interview and all PR enquiries can be sent to In-House Publicist Al Geiner via amgcpv@gmail.com 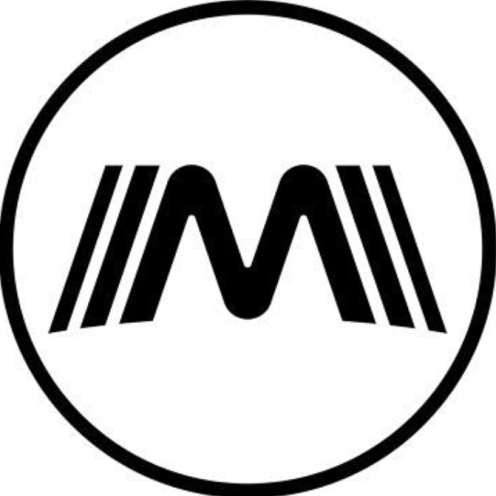 Ride the Synth Dark Wave  with inspired sounds of MELODYWHORE!   His ability to combine the genres of New Wave, Punk and Synth while retaining the vigour of electronica fused with art and beats are pure and simple. Taking inspirations from pioneers like Ministry, Kraftwerk and The Cure Melodywhore creates a fusion of mechanical and sensual stylistic ambient-house, experimental techno, tech-house, electro-techno, dark-wave Vibes!

MELODYWHORE’S  project began around 2000 and the then signature songs “brknsoul” featuring Ana Lovelis & “a brief moment” were recorded and released. Since then, MELODYWHORE  has had  success with film scoring,  along with remixing and producing on an international scale. Listen to his NEW  Album NoW …. XENOPHILIA,  Via  #SPOTIFY and BANDCAMP and more

All enquiries and editorial song request can be sent to AL GEINER PR CREATIVE CONCEPTS via amgcpv@gmail.com

That  80’s Soft Rock  Ambient Vibe is BACK!  Singer Songwriter  Sharon West leads the way in this retro Vibe with here latest HIT song  “Blindsided”, her vocal prowess resonates the tone of Fleetwood Mac’s Stevie Nicks with the emotion of Alison Moyet. Sharon takes the sound of singer/songwriter and pop/rocker  smooths  out all the edges ,belting out vocal prowess that  ring out powerfully! The rustic ambient sound of 80’s Soft Rock is here to stay.

Hailing from Yorkshire in the UK , Sharon started working professionally as a singer when she was 20, performing with a number of bands on the cabaret circuit and then moving onto working with original bands in more recent years. Sharon has played at a wide range of live music venues and music festivals over the years-and has always had a huge passion for music which has inspired her creativity. During this period of performing, Sharon developed her love of song writing and after being encouraged by a friend and fellow songwriter who recognised her writing ability she began to record her own music. Sharon says that her writing style comes from having very eclectic musical tastes and a love of a wide range of genres, although she admits is an 80s girl at heart. She was hugely influenced by the 80’smusic scene and counts George Michael, Alison Moyet and the electronic sounds of the decade as some of her real musical loves. Her music is based on her own personal experiences and those of the people around her and feels that this is very much reflected in the songs that she writes. Love, life and loss are featured very heavily in her writing and she feels this helps her audience to relate to her on both a personal musical level. Her first single “Breathe” was released on the 24th July 2017 and has been hugely successful

Listen to this Top of the Pops  song