NEW ARCADES  are bring back that 80’s  SYNTHPOP, ELCTRO POP sound!  The London (UK) based duo Adam Sullivan and Dean Canty of the Synth wave, Electronic driven band NEW ARCADES bring up nostalgic memories of Pet Shop Boys, New Order, Erasure and early Ministry, but with their own twist! Driving base, dynamic beats driven with that vintage synth sound accompanied with vocal prowess of soaring deep emotion living in the moment. These London Lads are on the way to becoming Top of the Pops with songs that make you think of blue skies, urban nightlife and hazy sunrises. Music that won’t disappoint the ears and having you dancing in the streets and the sheets!

Since 2016 Adam and Dean have put harmonious electro synth 80’s cinema and vintage compositions from FIND A WAY, FROM THE DARK, to their latest song FADE. Find their music on all streaming services from ITunes to Spotify, DJS will be able to get their tracks soon via STARFLEET MUSIC RECORD POOL.

They are currently working on a their NEW FULL LENGTH ALBUM which is due out early 2018.  In the meantime listen to their latest single via SPOTIFY   https://play.spotify.com/album/7zLTNDRFqirL0w5DVVli3F?play=true&utm_source=open.spotify.com&utm_medium=open 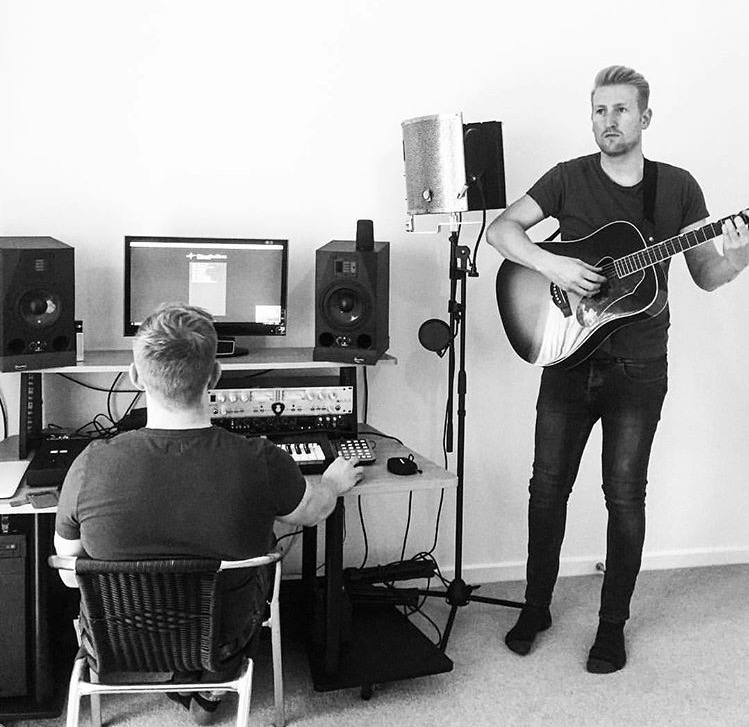 Openly GAY  actor BRUCE HART has worked with some of the biggest names in the industry, particularly in the GLBT field: Greg Louganis, Ann Walker (she is known for Sordid Lives), Ian Roberts (openly gay rugby player), Rutanya Alda (Mommie Dearest), Rebekah Kochan (known for Eating Out films), Ron Jeremy (adult film star), Brian Nolan (The Lair series), Dylan Vox (The Lair and producer of Sharknado films) Jason Stuart (Birth of a Nation) just to name a few.  Recently he co stared on the WEB SERIES OLD DOGS  NEW TRICKS, though the series is on hold there is a special REBROADCAST episode the details on that are below.

Catch the move OPEN  at  2 Film Festivals, its slated to be available on streaming before the end of the year.  View the Trailer https://www.youtube.com/watch?v=ZsDEAFHy2A0&t=5s

The next film festival screening the film Open is 16 September  at 3:30 PM at qFLIX Worchester.  Meet BRUCE along with his  brother Paul Hart who directed.
Here is the link: https://www.facebook.com/qFLIXworcester/.

A bit more info on Bruce ..born in Michigan and relocated to Los Angeles where he began his career on television. Bruce is best known for his roles in feature films such as “Saltwater” also starring Ian Roberts and “Homewrecker” also starring Dylan Vox and Rebekah Kochan which spoofs the genre of melodramatic Lifetime Channel movies but with a gay twist. The latter film was also co-written and executive produced by Hart.
In 2007 Bruce appeared the award winning film on gay bashing “The Reckoning” in and was cited by the Life Affirmation Association for his strong portrayal as the abducted and victimized leader of a fictional Gay & Lesbian Center. The tale coincidentally paralleled his own experience with violence when he was assaulted on the streets of Los Angeles and suffered severe head injuries and paralysis of his right arm. Both injuries he overcame after surgery and intense physical therapy. Hart is also known for his roles in two series. In “Boystown” a Canadian TV series he plays the villain Stuart who stirs up heaps of trouble. In “Old Dogs and New Tricks” a web series he plays the bitchy “frenemy” Nelson Van Eddy. 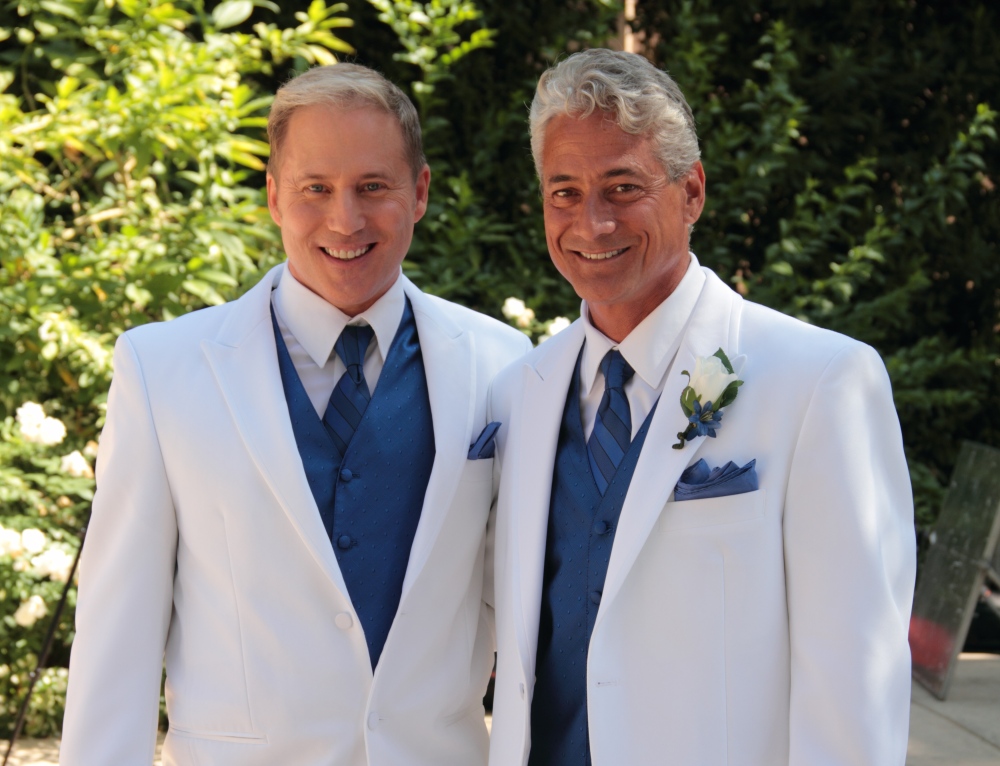 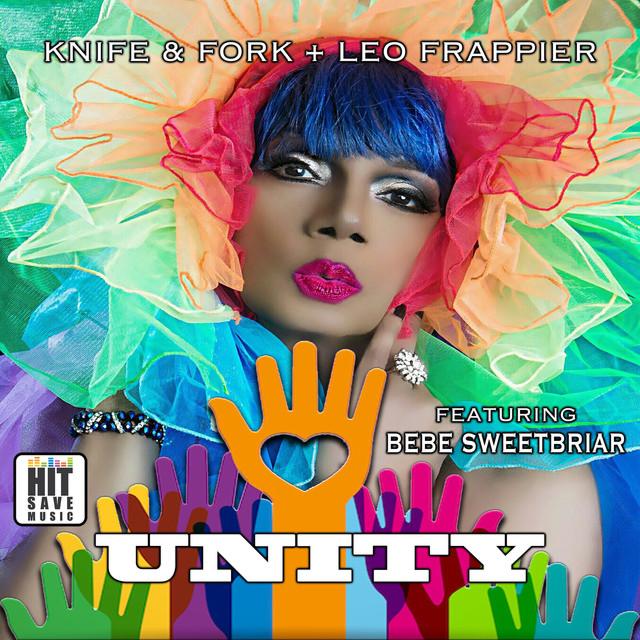 Climbing the DJ  charts on Billboard  and beyond UNITY the REMIX collection from the vocal talents of BeBe Sweetbriar and the DECK skills of Knife & Fork  DJ Bugie and William Ducati Brown! The song release on HIT SAVE MUSIC embodies what the world needs today… UNITY!  Originally released in 1991, BeBe was drawn to remake UNITY adding her own lyrics on the cover to bring a bit more relevancy to the song.“UNITY spoke to me in a big way when DJ Bugie played it for me in our search [for] a project to work on. It hit home for me in so many ways with the divisiveness that is happening among people in America in general, and our LGBTQ communities, specifically. Now, more than ever, we need to come together in a big way and unite to heal. Love Is Love, y’all! Working with Knife & Fork  DJ Bugie and William Ducati Brown  and my trusted music producer of all producers Leo Frappier on completing the UNITY track was one of those things where you say, [‘]we were brought together specifically to do this specific song right at this time.‘”I hope everyone enjoys this magic we call UNITY”, shared BeBe.

BeBe enlisted the talents of Knife & Fork and Leo Frappier, and the collaboration is off the chain.“I love working with the uber talented Leo Frappier, he is amazing with what he brings to the table”, says DJ Bugie. “As for Miss BeBe, her voice is my inspiration. About the other half of Knife & Fork, William Brown, well I think BFF covers it.”Billboard remixer and producer Leo Frappier has worked with Ms. Sweetbriar on two successful dance music tracks in 2016 ( Dontcha and I Wantchu Back), and has collaborated with Knife & Fork on a Dontcha remix last year. “Working with Knife & Fork…..I love these guys!  Though experienced DJ’s and VJ’s, they are a little newer to studio music production.  They are amazed by the technology and what wizardry we can cook up in the studio.  Bugie and William both come to the table with good ideas, and a clear concept of how they want to collaborate with me. They keep it all new and fresh!  And HOT!”]

UNITY with its inspiring message will feed the soul every Time, once again, to take your problems to the dance floor for resolve.Find out more about the #beesKnees herself Miss BeBe Sweetbriar via here website http://www.bebesweetbriar.com/ CATCH her on all Social Media: Facebook, Twitter and Instagram.Hear UNITY by clicking the link

https://open.spotify.com/album/6wAd7IiGCDCLCg0oKtuQee
Catch the REMIXES   here  https://open.spotify.com/album/0698YBDzeXGgVfCbxLpv0e?si=nZ1pefpS
You can also hear it on all Streaming Services and of course the DANCE FLOOR!!!
DJ’s can get the song via StarFleet Music Record Pool www.starfleetmusic.com
Further enquiries and interview request please contact AL GEINER PR  CREATIVE CONCEPTS  amgcpv@gmail.com 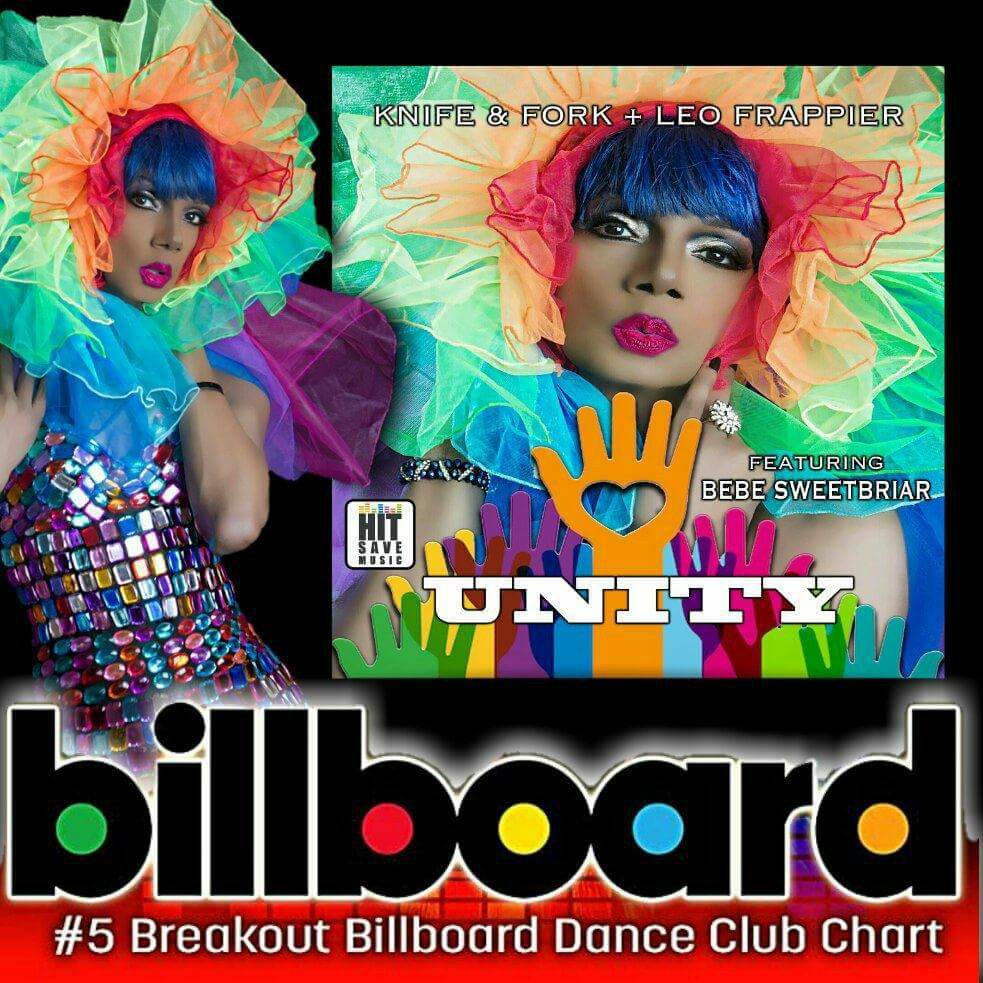 Gracing the music scene for the past 20 years fronting the vocal leads in numerous bands from the festival to cabaret circuit, SHARON WEST has released her very FIRST SOLO project.  Resonating  sounds that echo those of  Alison Moyet and Stevie Nicks, Sharon’s first release BREATHE gives you that throw back 80’s revival sound with a current POP flair.   This upbeat Pop song will Unquestionably soon to be at THE TOP OF THE POPS!

A bit about Sharon …. Sharon started working as a singer when she was 20, performing with a number of bands on the cabaret circuit and then moving onto working with original bands in more recent years. She has played at a wide range of live music venues and music festivals over the years and has always had a huge passion for music which has inspired her creativity. During this period of performing, Sharon developed her love of song writing and after being encouraged by a friend and fellow songwriter who recognised her writing ability she began to record her own music. For further information  please enquire.

You can hear her music on Itunes, Amazon Music, Apple Music   amongst others  including SPOTIFY  just follow the link https://open.spotify.com/album/3ScdxpvzDNG2wWzeaNZRvx

Any enquires can be directed to AL GEINER PR  via amgcpv@gmail.com